Professor Matthew Goodwin summed up the multi-layered celebratory activities with a series of wonderful adjectives: “confident, funny, cheeky, optimistic, diverse, modern, traditional, majestic, all rolled into one”. The very best of modern Britain on show.

In many ways, it was the perfect tribute to our longest-serving monarch. During her long reign, the Queen has both remained loyal to her traditional values and embraced significant forms of domestic and international change.

Britain has established itself as one of the finest examples of an advanced, hyper-diverse democracy in the modern world.

In my view, Canada is the only majority-white, multi-ethnic country that fares better than Britain when it comes to social cohesion, confidence in the democratic system, trust in law-and-order institutions and sense of national belonging (and it is worth noting that the Great White North has traditionally implemented a comparatively selective immigration regime).

The Queen must be commended for her personal contribution in fostering “Confident Britain” — one that is relatively at ease with both its demographic and cultural diversity. Her Majesty, despite belonging to a supposedly “racist” and “outmoded” institution, has appeared perfectly at ease with the social and cultural transformation of British society under her reign.

Indeed, I would go as far as saying that the Queen has been a steadfast and much-appreciated friend of Britain’s minorities during her seventy years on the throne. This blessing is admittedly also an inconvenience, for insufferable social liberals with their patronising white-saviour complex.

Take for example, Jonn Elledge of the New Statesman, who responded to former Liberal Democrat leader Tim Farrow’s uncontroversial view that “being British is wonderful” by saying “a lot of people feel uncomfortable with sentiments like that”. Who exactly? According to Mr Elledge, “a significant minority of people” that can trace their heritage back to “places the British Empire conquered”.

The reality of the matter is that many Brits of migrant stock — including those originating from former parts of the British Empire — have a great deal in common with the Queen when it comes to treasuring family-oriented values, longing for community spirit and neighbourliness, viewing faith as an important source of resilience and optimism, and holding a deep love for Britain.

Quite frankly, I am sick to death with modern liberal-leftists “using” Britain’s traditional ethnic minorities in their divisive, anti-patriotic, pseudo-revolutionary games.

Upwardly-mobile and culturally-robust ethnic minorities who are grateful for the opportunities and freedoms provided by modern-day Britain, do not need “protection” and “assistance” from mediocre “anti-racist allies” who seek to exploit them for their politically-motivated assaults on our much-adored shared institutions.

The miserable anti-British sentiments among metropolitan social liberals who are miffed over the recent electoral choices of the “culturally conservative provinces”, are unjustly being super-imposed on ethnic-minority communities characterised by the traditional triad of faith, family and flag. This is the polar-opposite of an inclusive anti-racist politics.

The very same types who are obsessed with vilifying the monarchy, refuse to acknowledge the personal efforts the Queen has made in fostering mutually respectful friendships with former members of the Empire which are now independent nation-states in their own right.

This includes strategically significant trading and security partners that are integral to Britain’s post-Brexit advancement.

Interestingly, these kinds of rapidly-developing countries in Asia and Africa are all too often viewed by eurocentric, pro-Brussels fanatics as impoverished “third world” backwaters with little to no potential.

If they had it their way when it comes to foreign policy, Britain would remain locked in a sclerotic and inefficient bloc whilst forsaking international arenas where it can exercise underrated forms of “soft power”.

Being a British Muslim man who can trace his origins back to two members of the Commonwealth — Bangladesh and India — I firmly see how the the Queen has invested great time and energy in strengthening this important political association of nations and territories.

During her seventy-year reign, she has visited every country in the Commonwealth, with the exception of Cameroon and Rwanda (who joined the association in 1995 and 2009 respectively). In the 1960s, she visited an astonishing twenty-eight Commonwealth countries, including India, Canada, Australia, Ghana, and Trinidad and Tobago.

She has also visited a number of Muslim-majority Asian countries in the Commonwealth, such as Bangladesh, Pakistan, Malaysia and Brunei Darussalam. We should not be in the business of trivialising Her Majesty’s quietly beneficial contributions to post-colonial British diplomacy.

The Queen sets an example to us all by demonstrating that dutiful service and civic responsibility are values that have stood the test of time. Indeed, her traditional emphasis on family, community and faith should be at the heart of a deeper national conversation on sense of belonging.

The materialistic individualism of the economic Right, and the tribal identity politics of the cultural Left, are both a threat to social solidarity.

The power of faith, providing meaning and purpose to the lives of many Brits of different religious backgrounds, remains underappreciated by hyper-secular elites. Traditional institutions, as sustained shared bonds of affection and respect, can be integral to a civic and inclusive national identity.

Of course, the Royal Family will face challenges in terms of its relevance being constantly questioned by the “cultural modernists” of the day. But Her Majesty has paved the way for her successors when it comes to maintaining the monarchy’s traditional place in an ever-evolving modern Britain.

The Queen is a magnificent symbol of national unity — and one can only hope that future monarchs look to her shining example for inspiration. As an unashamed monarchist, I certainly hope they do so. 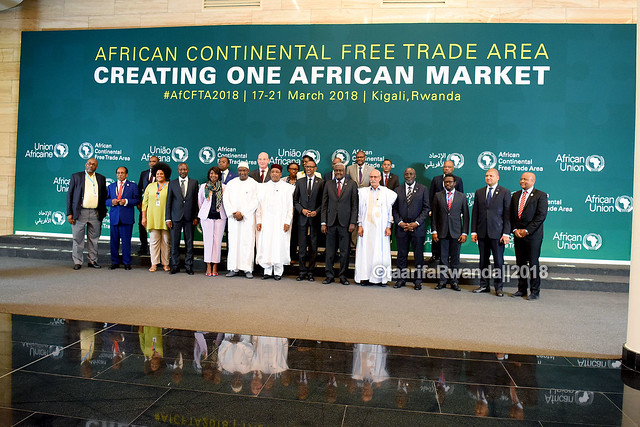